Goldie came to Forte in February 2014 through our Outreach Program, which enables members of the public to join forces with us to help place dogs found as stray or in abuse or neglect circumstances. In Goldie’s case, it was the latter, tied to a tree in a yard all day, without any shelter from the elements. This neglect showed not only in Goldie’s looks – bony, matted hair – but also in her personality. As a young dog forced to remain inactive for days on end, she was in much need to exert herself, run off her energy, and play. At the same time, she was eager to please and learn. Our star volunteer Henriette saw this potential in Goldie and gave her a foster home – at first. But soon Goldie settled in, her brindle fur glistened and her beautiful personality shone – so much so that Henriette and her husband Misha decided to adopt Goldie and give her a forever home. Goldie truly lucked out and won a pot of gold!! 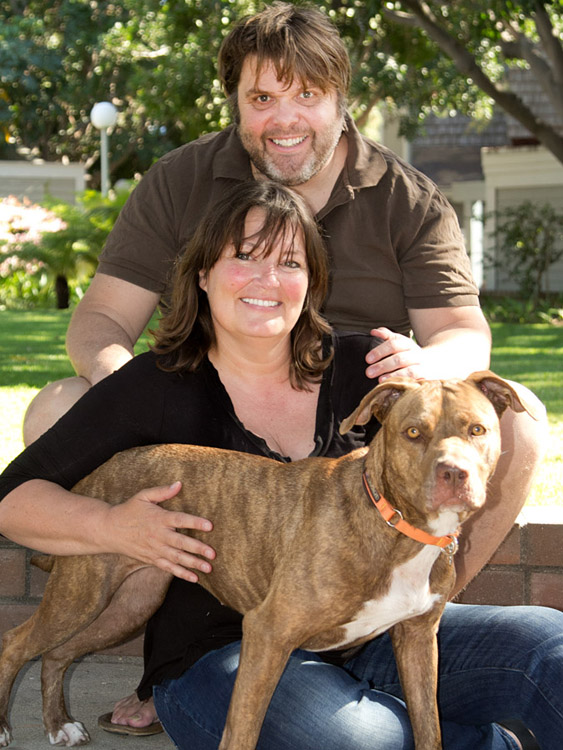 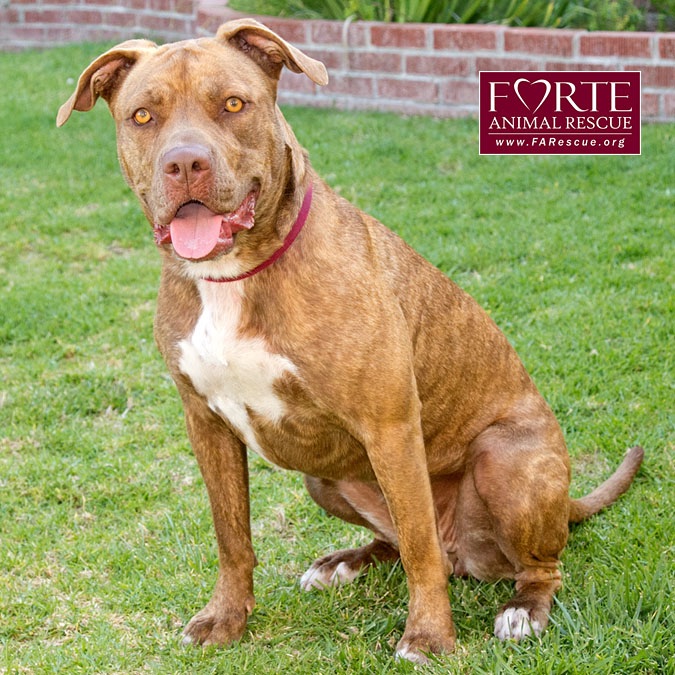