Harley Boy had not had the best start to his life after being dumped, but twice at the pound by his previous families. The last family dumped him because they decided to have children. He was a big favorite of the volunteers at the pound and they begged us to save his life on the day he was due to be killed as they felt he was such a special soul. So we did and last week Harley Boy finally found the most amazing home with a family who will never give up on him. On the day he was adopted it was as though this home was always meant for him. He bonded immediately with his new family and his new doggie sister Katie. They spent the entire time kissing, hugging and playing. Harley Boy is the smaller brindle coloured dog. His new family say that it is as though he has been with them for years and they love him dearly. This was an incredibly happy ending which brought us all to tears. This is why we do what we do. A true happy ending for our Harley Boy. 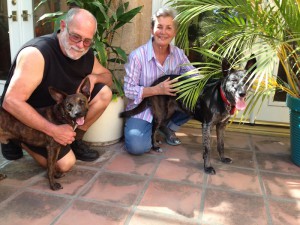 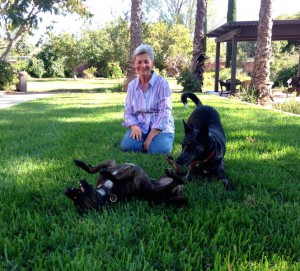